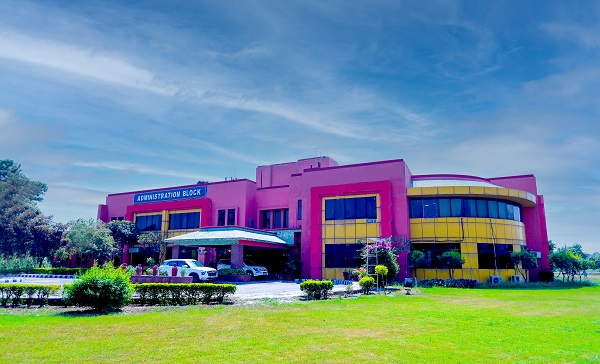 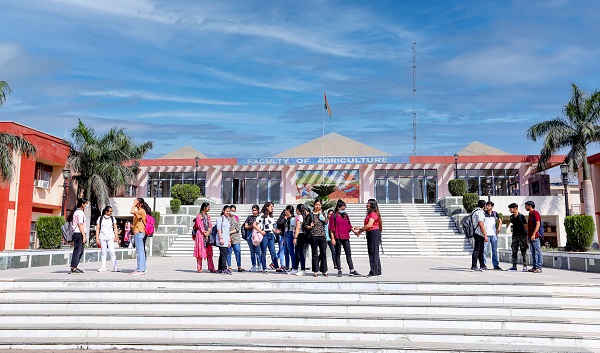 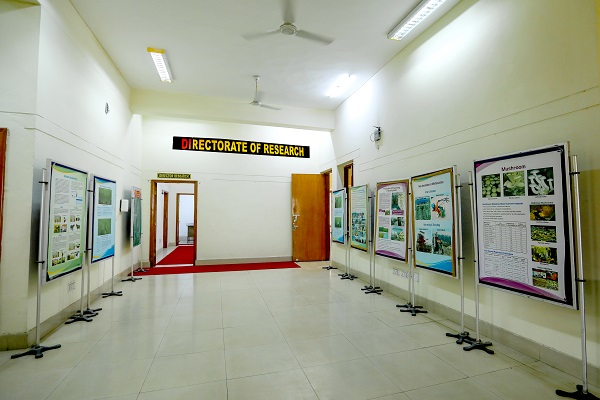 Dr. Ravinder Kumar Samnotra, Director Research, SKUAST-Jammu did his B.Sc. Agriculture and M.Sc. (Vegetable Sciences) from HPKVV, solan (HP). He passed his Ph.D From Punjab Agriculture University, Ludhiana in the year 2004. He was awarded ICAR merit Scholarship in B.Sc., UNDP Merit Scholarship during M.Sc and University Merit Scholarship during Ph.D. He has remained gold medalist during M.Sc and also ranked first during Ph.D. Dr. Samnotra joined SKUAST-J&K during October 1985 and since then he served on different teaching posts... as Assistant Professor, Associate Professor and Professor, Vegetable Sciences. Presently he is also holding the charge of Head, Division of Vegetable Science. He is having a research experience of more than 37 years in vegetable brreding, production and seed production. He also worked on climate resilient vegetable production technologies as well as area specific and crop specific approaches in production practices. He has developed/ re-validated, redefined and crop production technologies of major vegetables and spice crops of J&K. He has contributed as senior breeder in the development and release of number of varieties of different crops viz., knolkhol, broccoli, okra, spinach beet, coriander, fenugreek, cherry tomato and broad bean etc. Prof. Samnotra has also standardized technologies for production of quality seed of cole crops, root crops, cucurbits, solanaceous and vegetable, ginger, methi and coriander. Prof. Samnotra has published more than 100 (hundred) research papers in indexed and referred journals of high repute. He is having 11 book chapters and 45 technical bulletins to his credit. Besides acting as expert in recruitment panels and external examiners in various institutes within and outside J&K, he was associated with various professional bodies. Apart from teaching to UG, PG and Ph.D scholars, he has guided eight(8) Ph.D and eight (8) M.Sc. Students as Major Advisor in and remained co- advisor of more than forty (40) M.Sc and PG students. He has handled eleven (11) externally funded projects. 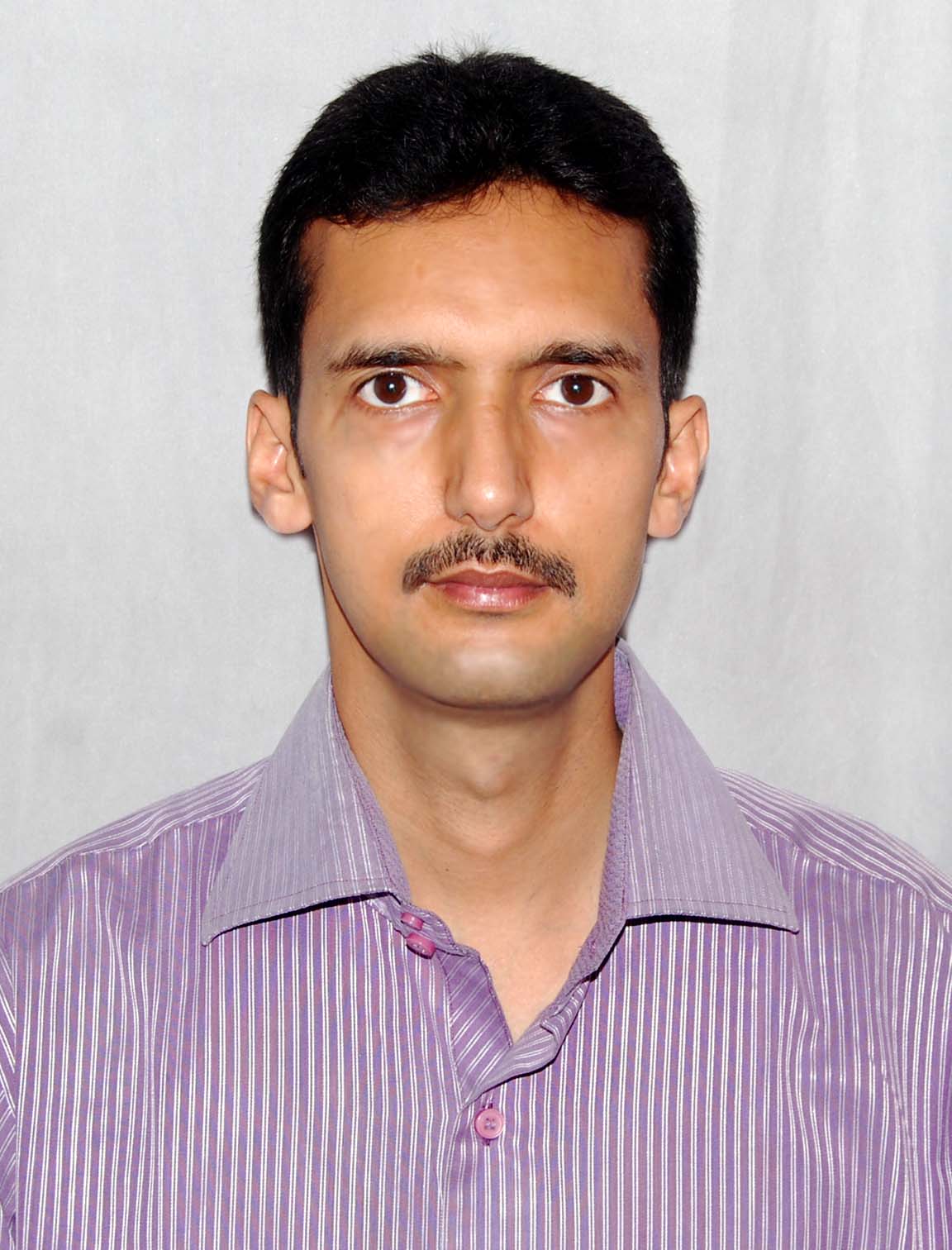 Dr. Mahital Jamwal, a resident of J&K, India, presently working as Deputy Director Research with SKUAST-Jammu, did his Bachelor’s degree in Agriculture Honours from Dayanand College Ajmer (DAV College), affiliated to the MDS University, Ajmer (Rajasthan, India) during the year 1997,... followed by Masters degree in Agriculture (Horticulture) from Allahabad Agricultural Institute, Naini, affiliated to the University of Allahabad (Uttar Pradesh, India) during 1999 and further Doctoral degree programme in Horticulture from the Chaudhary Charan Singh Haryana Agricultural University, Hisar (Haryana, India) during 2003. He joined SKUAST-Jammu during January 2006 and worked in the capacities of Assistant Professor and Associate Professor (Fruit Sciences). He was selected as Postdoctoral Fellow at Agricultural Research Organization, Volcani Center, Beit Dagan, Ministry of Agriculture and Rural Development, State of Israel during 2013. He has a rich experience with production technologies of temperate and sub-tropical fruit crops in J&K, India. He worked as Incharge/ Head of the Regional Horticultural Research Station, Bhaderwah (Doda, India) for five years from 2014 to 2019. He has a vast experience in teaching and research guidance to UG and PG students as well as PhD scholars. He was a team member for developing varieties one each of pecan-nut and Bhaderwahi Rajmash (french bean). During his service career, besides many other achievements in teaching and research and trainings at national and international levels, he availed Ministry of the Netherlands fellowship during 2007 for the programme organized by Alterra-ILRI, Wageningen University and Research Centre, The Netherlands & ANGRAU, Hyderabad, during 2007 and fellowship from J&K State Department of Science & Technology for participation in the conference organized by KMITL Bangkok Thailand and Tokai University Japan during 2010 for paper presentation. He has published many book chapters and articles and has more than 30 research paper publications in his credit in national and international scientific journals. He acted as the resource person for E-learning program on Post harvest technology during 2011, organized by Postharvest Technology, Extension Systems International PO Box 3130, Quartzsite, Arizona 85359 USA. He was awarded DST fellowship from the Ministry of Science & Technology of China, Beijing during 2011 and MASHAV fellowship from the Ministry of External Affairs, Israel during 2012. He acted as a reviewer for several national and international scientific journals. He has handled more than 20 research projects in the capacity of Principal Investigator as well as Co- Principal Investigator and is a member of many national and international scientific societies. He remained an active member in organizing many scientific and social events in the University. He has also received many awards and recognitions during his professional career. He was conferred with Young Scientist Award in the two-day national seminar, organized by Royal Association for Science-led Socio-Cultural Advancement (RASSA), New Delhi, in collaboration with Sher-e-Kashmir University of Agricultural Sciences and Technology-Jammu (SKUAST-J) during 2018. The Senate & Board of prestigious International Business Summit during the 19th International Business Summit and Research Conference INBUSH–ERA World Summit-2019 at Amity University, Noida (Uttar Pradesh) bestowed Amity Academic Excellence Award to recognize his most valuable contribution and excellence in the field of academics.

The documents / information displayed on the SKUAST-Jammu website are for reference purposes, available to the public for information only and does not purport to be a legal document. The links to other websites that have been included on this Portal are provided for public convenience only. SKUAST-Jammu is not responsible for the contents or reliability of linked websites and does not necessarily endorse the view expressed within them.